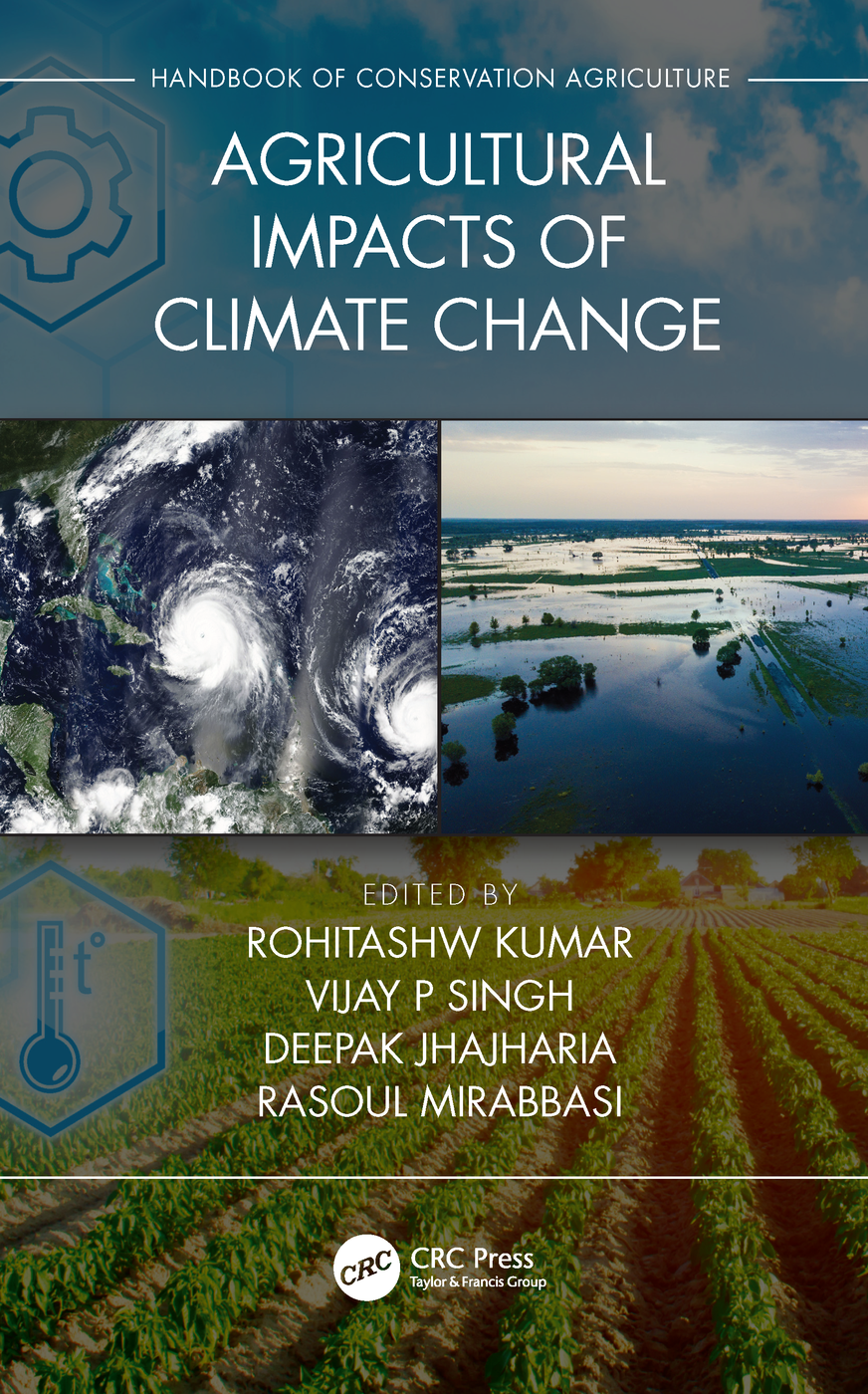 Climate Change on Disease Scenario in Crops and Management Strategies

Climate change is the biggest threat of the present century and it is already contributing to the deaths of nearly 400,000 people a year and costing the world more than US $1.2 trillion, thus wiping out 1.6% annually from the global GDP. The latest report of the Inter-Governmental Panel on Climate Change (IPCC) has reported an increase of 0.85°C (0.65°C–1.06°C) in the temperature between 1880 and 2012 (IPCC, 2014). Furthermore, the CO2 concentration has increased from 280 ppm (pre-industrial value) to 401 ppm in 2015. The possible changes in temperature, precipitation, and CO2 concentration are expected to have significant impact on crop growth. According to the ‘Climate change and food security: risks and responses’ report of 2016 of the Food and Agriculture Organization (FAO) of the United Nations, climate change is going to seriously impact the food security across different regions of the world. The International Fund for Agricultural Development (IFAD) states that at least 70% of the very poor live in rural areas, most of them depending partly or completely on agriculture for their livelihoods. The projected change in the global average temperature will likely be from 0.3°C to 0.7°C for the period 2016–2035, relative to the reference period 1986–2005. There will be more frequent hot temperature extreme episodes over most land areas. Average precipitation will very likely increase in the high- and parts of the mid-latitudes, and the frequency and intensity of heavy precipitation will also likely increase on an average. An increase in temperature will trigger an increased demand for water for evapotranspiration by crops and natural vegetation and will lead to more rapid depletion of soil moisture. There is evidence that climate change has already negatively affected wheat and maize yields in many regions and also at global level. IPCC in its 5th report (IPCC AR5) has identified that four out of the eight key risks have close relations with or direct consequences to food security. Thus climate change can result in loss of rural livelihoods and income, loss of marine and coastal ecosystems and livelihoods, loss of terrestrial and inland water ecosystems and livelihoods, and food insecurity and breakdown of food systems. Climate change will adversely affect agriculture globally (FAO, 2016; Li et al., 2016). This will have a serious impact on food security all over the world. All the studies indicate an adverse effect on our foodgrain production. Climate change could result in a variety of impacts on agriculture. Changes in production patterns will occur due to higher temperatures and changing precipitation patterns. Agricultural productivity will also be affected due to increased carbon dioxide in the atmosphere. Leading international agencies like IPCC (2007) and Universal Ecological Fund (2011) have indicated the affect of climate change on agriculture globally. According to these reports, there will be a 14% deficit in the global wheat production, 11% deficit in rice, and 9% deficit in maize by 2020. The research findings coming from different parts of the world indicate that climate change will affect many crops. According to the findings of the Australian scientists, climate change is causing the early ripening of grapes. These findings are based on the harvesting data of the last 64 years. Scientists attribute the fruit’s ripening to climate warming and a decline in soil water content, based on a comparison of decades of vineyard records. Like other regions in the world, climate change will have an impact on Indian agriculture (Francesca et al., 2006; Garrett et al., 2006; Gautam, 2009a, b; Gautam and Kuniyal, 2014). A warming of 0.85oC has occurred during 1882–2012. Variation in climate will have a direct impact on the majority of the livelihood of the people. In India, cereal productivity is projected to decrease by 10%–40% by 2100. The losses in cereal production will be more pronounced in Rabi crops.

Spatial Distribution of a D...

Impact of Climate Change on...