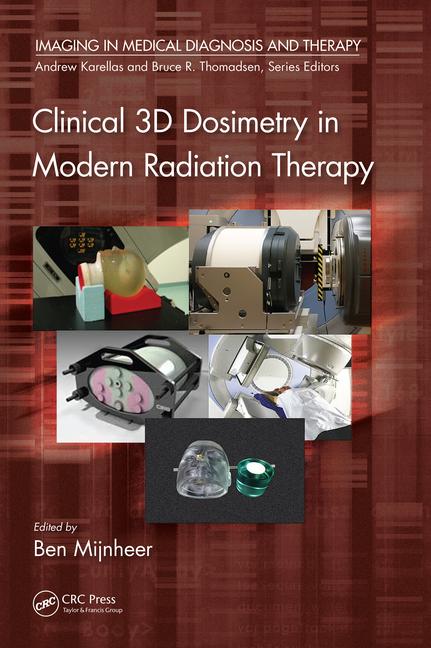 The overall intention in modern radiation oncology is to keep the dose delivered to the patient as close as possible to the prescribed dose, within tight dosimetric tolerance limits, while reducing the dose burden to healthy tissues as much as possible. Verifying a treatment plan and the underlying dose distribution has thus become a common standard and integral part of patient-specific quality assurance (QA). In the pre–intensity-modulated radiation therapy (IMRT) era, such procedures were largely based on independent dose or monitor unit (MU) calculations based on empirical (factor-based) dose calculation methods or in vivo dosimetry using point detectors (Dutreix et al., 1997; Georg et al., 2004; Stern et al., 2011; Mijnheer et al., 2013b). With the development and clinical introduction of fluence-modulated treatment techniques in the mid-1990s, point dose calculations and/or point dose measurements became inappropriate for patient-specific pretreatment QA (Ezzell et al., 2003; Mijnheer and Georg, 2008). The reasons are manifold. First, the resulting dose distribution in a patient being treated with IMRT is a superposition of many nonhomogeneous dose distributions of static beams, angles, or arcs; although it is important to underline that IMRT with a static or rotating gantry, as we use it today, often still aims at a homogeneous dose in the planning target volume (PTV). Single-point dose verification per beam is thus no longer representative. Second, as IMRT treatment delivery has become more sophisticated, many more field-defining elements are involved in dose shaping. In other words, multileaf collimators (MLCs) on standard C-arm linear accelerators, or even new treatment delivery units specifically developed for IMRT, for example, the TomoTherapy unit or the robotic linac system CyberKnife, introduced a new level of geometric and dosimetric complexity, which again could no longer be handled with traditional pretreatment QA. Third, treatment plan optimization changed dramatically with IMRT, and particularly in the early days of IMRT, dose calculation accuracy was an issue of concern.