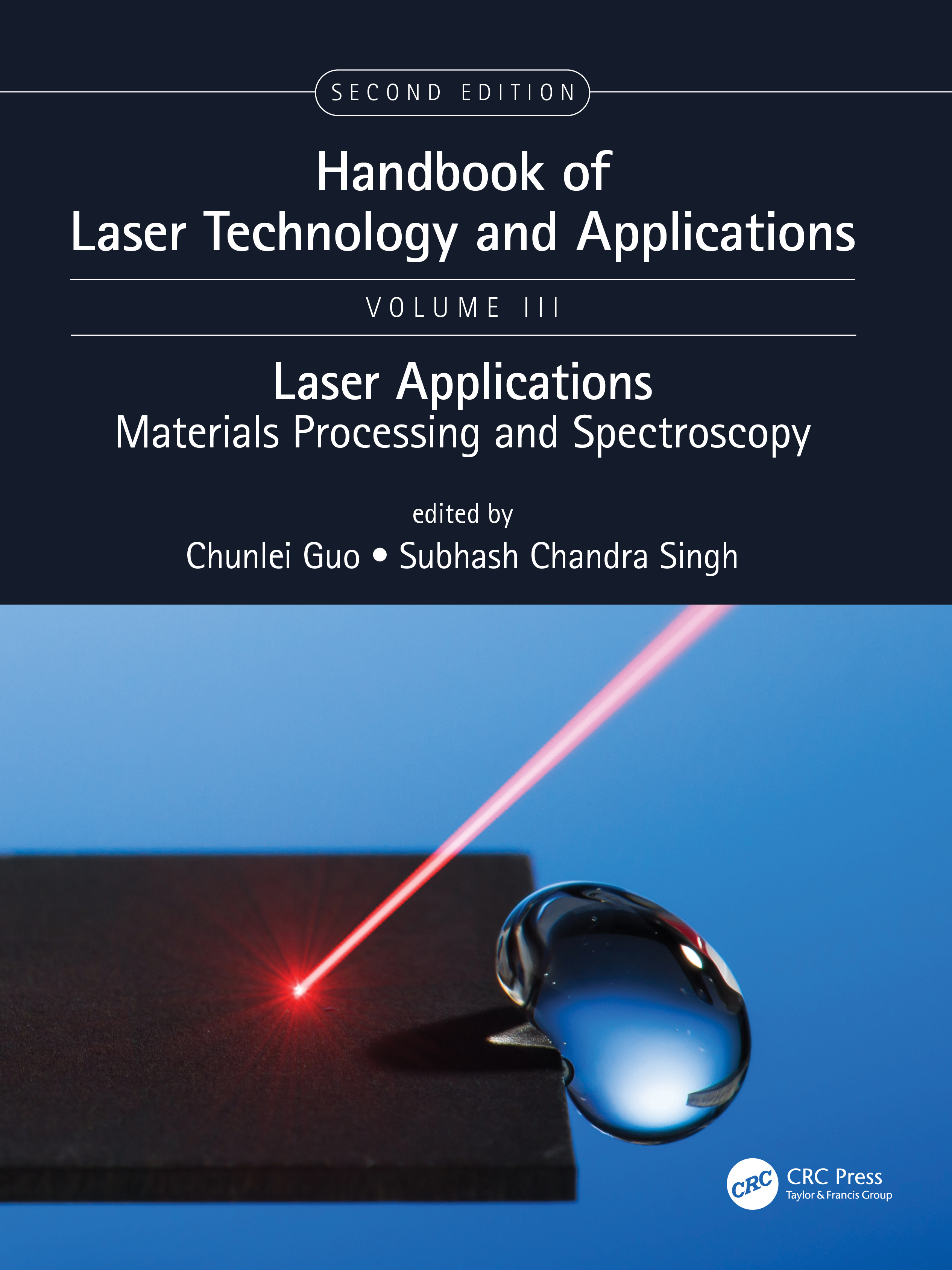 Surface Micro- and Nano-structuring on Metals with Femtosecond Lasers

Handbook of Laser Technology and Applications

Micro-/nanostructuring of materials has attracted a significant attention in recent years, because it can be used for engineering material properties and has found a wide range of applications in optics, optoelectronics, photonics, plasmonics, optical biosensing, microfluidics, optofluidics, and biomedicine, to name a few, see the Chapter 1 “Laser Material Processing” and the references therein [4]. Conventionally, nano- and microfabrication were carried out via mature technology of lithography [1]. However, this kind of top-down approach often requires complex procedures under controlled conditions by requiring mask designs and photoresists. With the advent of femtosecond lasers, the potential for femtosecond lasers in ablation-based micro- and nanoprocessing has been demonstrated [2–5]. Initially, a number of techniques using femtosecond lasers assisted by other techniques were developed for surface nanostructuring and nanopatterning of solids, such as near-field nanomachining [6], laser-assisted chemical etching [7], and deposition from femtosecond laser-ablated plumes [8]. It was also found that laser-induced periodic surface structures (LIPSS) that had previously been generated using long-pulsed lasers can also be produced by femtosecond laser pulses on nearly all types of materials, including semiconductors [9–12], dielectrics [13,14], and metals [15–17]. More recently, direct femtosecond laser processing stood out as a new field for surface nanostructuring and nanopatterning due to its flexibility, simplicity, and capability of producing a large variety of surface structures suitable for a wide range of applications [4,5]. Compared to various other methods – for example, electron beam photolithography, fast atom beam or ion etching, and interference lithography – the processing of femtosecond laser pulses represents a novel, simple, and versatile technology for producing micro- and nanostructures, and their advantages are as follows [4]: (i) various structures containing both micro- and nanoscale structures can be created without any masks, thus making the process more efficient; (ii) a single-step processing at a high speed under ambient air environment, thus avoiding expensive and time-consuming vacuum facilities or additional chemical procedures; (iii) ability to produce nanostructures on a surface over the area from microscale to macroscale. In this chapter, we will focus on a review of surface structuring of metals with the direct femtosecond laser irradiation on metal surfaces.