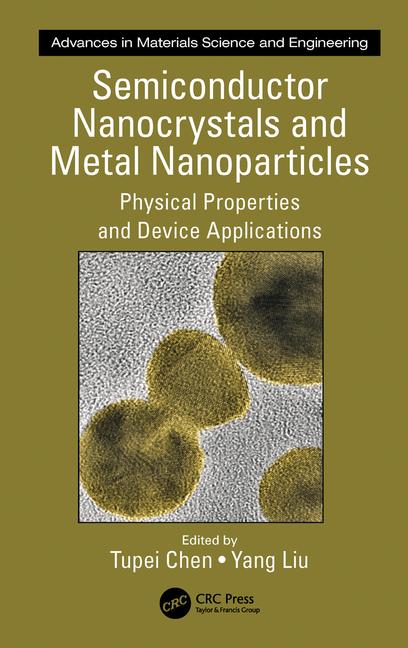 The last few decades were dedicated for the investigation of materials that enabled scientists to understand their physical, chemical, and structural properties and utilize them in applications such as plasmonics, photonics, and biomedicine to name a few. The interrogation of materials in the nanoscale became an imperative and inevitable task since the dimensions modify the basic behavior of the material through alteration of boundary conditions (Kelly et al. 2003, Link et al. 2003). The materials whose dimensions are in the 1-100 nm range are termed as nanomaterials (Kelly et al. 2003, Link et al. 2003). The utilization of nanoscale plasmonic materials (e.g., Au, Ag, and Cu) is well known from the ancient times of history. Nanomaterials are essential building blocks of a wide range of scientific applications such as photo-induced thermal therapy, biochemical sensors, surface-enhanced Raman spectroscopy, carriers of drug delivery, nanophotonic devices, biosensing, in vivo and in vitro diagnostics, solar cells, optoelectronic devices, antibacterial agents, cancer treatment, catalysis, imaging, sensing, biology and medicine, and sensors (Arruebo et al. 2007, Guo and Wang 2011, Jain et al. 2008, Murphy et al. 2005, Pradeep and Anshup 2009). Among the various top-down and bottom-up lithographic fabrication techniques (Makaraov 2013, Narayanan and Sakthivel 2010, Pelton et al. 2008, Sakamoto et al. 2009, Sau and Rogach 2010, Xia et al. 1999), laser ablation in liquid (LAL) media is an efficient and “green” technique to produce both nanoparticles (NPs) and nanostructures (NSs) in a single experiment. This technique is deemed to be “green” since there are no chemicals (surfactants) involved during or after ablation. Ablation is the removal of fragments when a material is hit by an intense laser pulse. Fragments account for atoms, ions, molecular clusters, etc. The interaction of ultrashort laser pulses with materials conjures strong interest since their pulse duration is much less than the time required for several relaxation processes (transfer of energy between electron and lattice systems, heat diffusion, etc.) (Perez and Lewis 2003, Perez et al. 2008). These short pulse durations lead to the deposition of higher energy densities (higher peak intensities) when they focus on a bulk target surface. Consequently, higher pressures and temperatures will be attained at the point of the impact leading to surface modification of the material and effortless fragmentation. The transient state of the material after the irradiation of a focused pulsed laser can be approximated by a phase transition (Radziemski and Creamers 1989) since the absorption of laser energy by electron gas promotes the target material to a state of higher temperature by leaving the remaining target (lattice) at the initial temperatures (Radziemski and Creamers 1989). Restoration of the system to a state of equilibrium depends on the parameters of laser pulses used for ablation and the intrinsic nature of the target. Ultrafast laser ablation (ULA) minimizes the random corrugation of the target since the pulse duration is extremely short and the heat-affected zone (HAZ) provided is negligible compared to the HAZ provided by the longer laser pulses. When the fs pulses interact with materials, the energy is absorbed by inverse Bremsstrahlung followed by ionization processes typically in the ~10-100 fs time scales (Perez and Lewis 2003, Perez et al. 2008). The excited electrons collide with each other or with bound electrons, resulting in the production of high conductivity. This phenomenon is described as electron-electron scattering (or coulomb explosion), which occurs in ~1 ps time scale (Perez and Lewis 2003, Perez et al. 2008). After that, electrons transfer their energy to lattice through electron-lattice coupling and the corresponding characteristic time is ~10 ps (Perez and Lewis 2003, Perez et al. 2008). Thermal diffusion occurs inside the lattice via phonon-phonon scattering, which is typically after 10 ps and up to ~1 nanosecond (ns) time. The electron-electron, electron-phonon, and phonon-phonon relaxations can be explained by the two-temperature model (Harilal et al. 2014, Von Der Linde and Sokolowski-Tinten 2000). Further stages involved are plasma formation and plume quenching (~100 ns to 1 ?s), formation and collapse of cavitation bubble (1-200 ?s), and nanomaterials (NMs) formation in liquid media (~1 ms) (De Bonis et al. 2013, Harilal et al. 2014). Figure 11.1 illustrates the various mechanisms and time scales recorded for a typical ablation process.