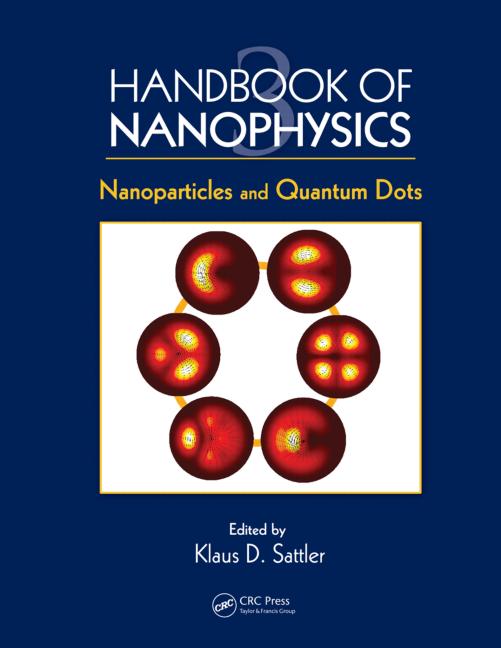 Nanomaterials have been getting increasing attention due to their potential applications in many different fields such as coatings, catalysts, sensors, magnetic data storage, solar energy devices, ferrofluids, cell labeling, special drug delivery systems, etc. (Byrappa et al. 2008). Nanomaterials can be classified into a group intermediate between molecules and bulk materials with dimensions of the order of 10−9 m (nm), and which can have physical and chemical properties different from that of molecules and bulk materials even if the ingredients are the same. After the observation of the size-quantization effect in semiconductors (Rossetti et al. 1983, Byrappa et al. 2008), efforts are on to study the size-dependent properties of materials. The semiconductor materials exhibit the same physical properties irrespective of their size above a particular value called the threshold value for that material. Below this threshold, the band gap of the semiconductor materials increases with a decrease in their size, for example, in ZnO quantum-particle thin films, the band gap increases with a decrease of the particle size, and the enhancement of the band gap is significant when the particle size is smaller than 3 nm (Wong and Searson 1999). The decrease in size enhances the surface area relative to the volume. This results in an increase in surface atoms, which has a strong influence on the electronic and magnetic properties of the materials. The potential interest of studying nanostructured materials is therefore due essentially to the ease of tunability of the physical properties by varying the particle size and shape. Recently, II–VI semiconductor nanoparticles have been extensively studied for their applications in displays, high-density storage devices, photovoltaics, biological labels, etc. (Sarigiannis et al. 2000, Amekura et al. 2006). One of the major efforts is on optimizing the emission properties of the wide-band-gap II–VI semiconductor materials due to the increasing demand for high-brightness light sources operating in the ultraviolet (UV) region. Among the II–VI wide-band-gap semiconductor materials, ZnO is one of the most promising candidates for the UV emitter applications due to its wide-band-gap of ∼3.37 eV (at 300 K) and a high exciton binding energy of 60 meV. A chief competitor for ZnO is GaN, a wide-band-gap (∼3.4 eV, 300 K) semiconductor material (III–V group) with similar optoelectronic applications as those of ZnO. GaN is widely used for green, blue, UV, and white light-emitting devices (Özgür et al. 2005). Although some optoelectronic devices (laser diode and light-emitting diodes) using GaN have already been reported (Nakamura et al. 1997), ZnO has several fundamental advantages over GaN, such as a higher free excitonic binding energy (60 meV) when compared to GaN (21–25 meV); the possibility of wet chemical processing; and more resistance to radiation damage (Look 2001). The impetus to ZnO has been due to band-gap engineering for the fabrication of efficient ZnO-based emitters such as quantum well laser diodes and light-emitting diodes (Fukuda 1998). The solid solution of ZnO with MgO can produce a wide-band-gap semiconductor alloy (Mg, Zn) O for application in quantum well–related devices (Narayan et al. 2002, 2003, Thareja et al. 2005). The active layer of ZnO in the quantum well–related devices (laser diode or light-emitting diodes) due to its large excitonic binding energy (∼60 meV) promises an efficient excitonic emission at room temperature. A laser emission from ZnO-based structures at room temperature and beyond has been reported (Thareja and Mitra 2000, Mitra and Thareja 2001, Özgür et al. 2005). The carrier and photon confinement in a small region are essential ingredients to achieve lasers and light-emitting diodes with low-threshold current densities. Therefore, a clear understanding of nanoscale semiconductor materials is imperative to achieve efficient optoelectronic devices. The chapter is organized as follows. Section 6.2 describes the crystal structure of ZnO. Band structure is discussed in Section 6.3. An overview of bulk semiconductors is presented in Section 6.4. Quantum well, quantum wire, and quantum dot are discussed in Sections 6.5 through 6.7, respectively. A brief mathematical note on nanoparticles is presented in Section 6.8. An overview of synthesis of ZnO nanoparticles by various research groups are briefly summarized in Section 6.9. The structural properties of ZnO nanoparticles are given in Section 6.10. A detailed discussion on optical properties including the concept of free excitons and polaritons, bound exciton complexes, donor–acceptor-pairs, and the photoluminescence process and Raman spectroscopy is presented in Section 6.11. A brief summary of some applications of ZnO is given in Section 6.12.