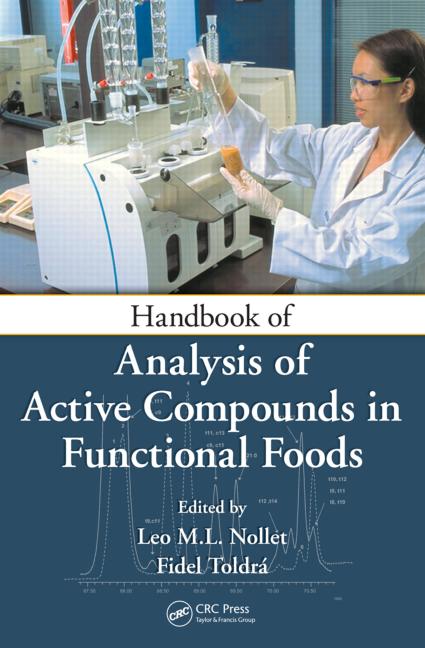 Handbook of Analysis of Active Compounds in Functional Foods

Conjugated linoleic acid (CLA) is a family of positional (6-8 to 13-15) and geometric (cis-cis, trans-trans, cis-trans, and trans-cis) isomers of linoleic acid containing conjugated double bonds. Multiple interactions between biologically active CLA isomers and a range of metabolic signaling pathways could be responsible for the various physiological effects that have been reported for CLA. For instance, two CLA isomers, cis-9, trans-11 (rumenic acid, RA) and trans-10, cis-12, may in particular be sources of biological effects (Lock et al. 2009; Tissot-Favre and Waldron 2009). The beneficial effects of RA suggested by animal models include anticarcinogenic action, immunomodulation, and antiatherosclerosis. At the same time, the trans-10, cis-12 isomer has been shown to be a potent inhibitor of milk fat synthesis and has been implicated in diet-induced milk fat depression in dairy cows. Additionally, a growing body of evidence suggests that this isomer may adversely influence various aspects of human health, chief among them being insulin sensitivity and blood lipid levels, while also eliciting procarcino- genic effects in animal models of colon and prostate cancer (Wahle et al. 2004; Tricon et al. 2005). Interestingly, no such detrimental health effects have been reported for the more commonly employed 50:50 blends of trans-10, cis-12 and RA (Wahle et al. 2004). Studies of other isomers, for example, cis-9, cis-11 (Tanmahasamut et al. 2004) and trans-9, trans-11 (Lai et al. 2005), have held out the potential for antitumor properties, but evidence is still scanty. In contrast, the activity of key enzymes in cell energy pathways may be adversely affected when mitochondrial cardiolipin contains cis-11, trans-13 (Hoch 1992). In these circumstances, further study to determine the beneficial and detrimental effects of each individual CLA isomer is needed, and studies of this kind would be highly topical.