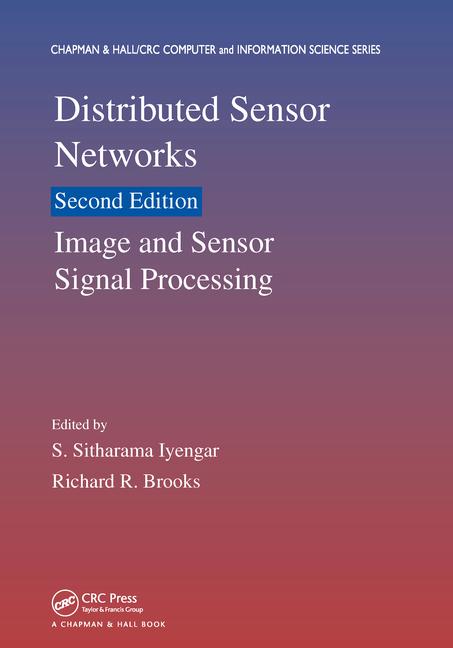 Sensor networks are a fundamentally new type of system. Computing systems up to now have been primarily user-centric. Desktop devices interact directly with a human operator following their instructions. Networked systems served primarily as communications devices between human users. These communications were often augmented by the existence of databases for transaction processing. Information was retained and processed for later use.

Sensor networks are a fundamentally new type of system. Computing systems up to now have been primarily user-centric. Desktop devices interact directly with a human operator following their instructions. Networked systems served primarily as communications devices between human users. These communications were often augmented by the existence of databases for transaction processing. Information was retained and processed for later use.

Sensor networks now provide distributed systems that interact primarily with their environment. The information extracted is processed and retained in databases as before, but the human is removed from many parts of the processing loop. Devices are designed to act more autonomously than was previously the case. They are also designed to work as a team.

Embedded systems are not new, but sensor networks greatly extend the capabilities of these systems. Up to now, embedded systems were resource-constrained devices providing limited intelligence in a strictly defined workspace. Sensor network research is aiming towards developing self-configuring systems working in either unknown or inherently chaotic environments.

Network communications needs to be handled in a new manner. Data are important because of their contents and not because of the machine from where it originates. Wireless transmission is expensive, making it attractive to process data close to the source. The problems of multi-path fading, interference, and limited node lifetimes combine to make data paths, even under good conditions, transient and unreliable. The implications this has for network design should not be underestimated.

Similarly, signal-processing technologies need to be aware of transmission delays and the volume of data needed. The resources consumed by an implementation, and the latencies incurred, are an integral part of any sensing solution. In short, all levels of the networking protocols need to be considered as a single gestalt. Beyond this, system design requires new power-aware computing hardware and operating systems.

Embedded sensors are now part of large, loosely coupled networks with mobile code and data. Data supply and demand are stochastic and unpredictable. Processing occurs concurrently on multiple processors. Applications are in hostile environments, with noise-corrupted communication and failure-prone components. Under these conditions, efficient operation cannot rely on static plans. Van Creveld [1] has defined five characteristics that hierarchical systems need to adapt to this type of environment [2]:

Organizations based on this approach have been successful in market economies, war, and law enforcement [3].

The sensor network consists of nodes integrating these abilities. Requests for information form flexible ad hoc virtual enterprises of nodes, allowing the network to adapt to and compensate for failures and congestion. Complex adaptive behavior for the whole network emerges from straightforward choices made by individual nodes.

The final system will be a virtual enterprise. Groups of components form flexible ad hoc confederations to deliver data in response to changing needs and resources. This is applicable to any sensing modality and can be implemented on any testbed containing networked processors, sensors, and embedded processors.

Factors needing to be considered for system optimization include

The final issue to consider is adaptation to system state. Information can be exchanged in a number of formats. It is reasonable to compress data for transmission over slow channels. Transmission over noisy channels requires redundant data. As noise (lack of noise) is detected in a channel, error checking increases (decreases). The meta-protocol starts with pessimistic assumptions of channel quality and modifies the protocol dynamically. Modifications are based on information from normal operations. Extra traffic for monitoring status is to be avoided.

Sensor networks are fundamentally different from their predecessors. Some of these differences are a matter of degree:

In the final analysis, the most important differences are the fundamental differences in the way information technology is used. Computer networks are no longer sensitive devices being coddled in air-conditioned clean rooms. They are working in hostile conditions. Sensor networks respond to the needs of human users. How they respond, and their internal configurations, will be decided independent of human intervention.

This research is sponsored by the Defense Advance Research Projects Agency (DARPA), and administered by the Army Research Office under Emergent Surveillance Plexus MURI Award No. DAAD19-01-1-0504. Any opinions, findings, and conclusions or recommendations expressed in this publication are those of the author and do not necessarily reflect the views of the sponsoring agencies.