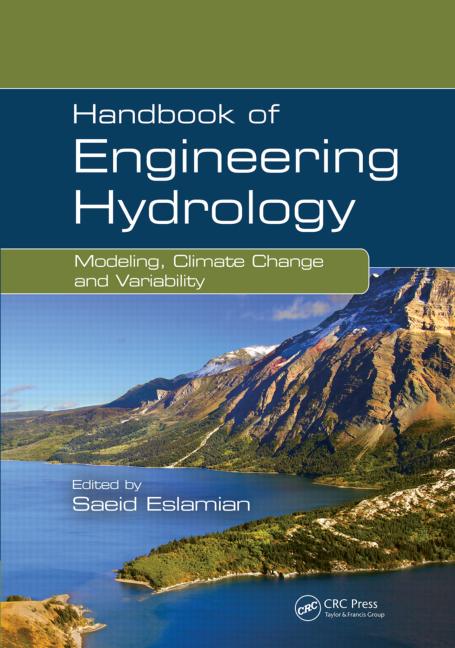 Carmen Agouridis is an assistant professor in the Biosystems and Agricultural Engineering Department at the University of Kentucky. A licensed professional engineer in Kentucky and West Virginia, Dr. Agouridis has expertise in stream restoration and assessment, riparian zone management, hydrology and water quality of surface waters, and low-impact development. She is the recipient of over $5 million in grants, has authored a number of publications related to streams and riparian management, and is the director of the Stream and Watershed Science Graduate Certificate at the University of Kentucky. Having received training in Rosgen Levels I–IV along with courses at the North Carolina Stream Restoration Institute and various conference workshops, she teaches Introduction to Stream Restoration, which is a senior- and graduate-level course at the University of Kentucky.

As channel-forming discharge is theoretical, it is not measured directly; rather it is indirectly estimated using bankfull discharge although effective discharge, the discharge that transports the maximum annual sediment load, is sometimes used [1,5,11,19,25,26,62,78,79]. Soar and Thorne [69] describe effective discharge as the “integration of sediment transport with flow-duration.” As seen in Figure 3.1 with curves (i) and (ii), frequent but small discharges transport small amount of the sediment, and infrequent but large discharges transport large amount of sediment. However, when considering the effectiveness of a given discharge, as seen in curve (iii), it is the intermediate discharges that transport the greatest fraction of the average annual sediment load [5,56,69].

Identification of bankfull elevation is best done through the use of multiple indicators, if possible. These indicators should identify a consistent bankfull elevation throughout the project reach [37,64]. For unstable rivers or those without well-developed floodplains, the presence of reliable bankfull indications will likely be limited. Regional curves, which are curves relating drainage area to the bankfull characteristics of width; mean depth; cross-sectional area; and discharge are useful in helping to identify and validate bankfull elevation (Figure 3.2) [14,22,37,48].

In some instances, the flat depositional surfaces immediately adjacent to the river are inner berm features. The inner berm is developed and maintained by discharges that are smaller and more frequent than the bankfull discharge. This feature is more common in rivers that are or have adjusted to changing watershed conditions such as urbanization [20,23]. Identifying the inner berm elevation as bankfull elevation would result in an incorrect bankfull discharge [14].

Note: Reported values are based on annual series unless otherwise noted.

Figure 3.4   The top of the point bar, as noted by the arrow, is a good indicator of bankfull elevation. (Photo courtesy of Carmen Agouridis, University of Kentucky, Lexington, KY.)

Finding the elevation at which the width-to-depth ratio is at a minimum is a means of aiding in the identification of bankfull elevation, particularly in uniform reaches of the channel [14,19,38,77] (Table 3.2). In uniform reaches, the width of the channel changes slowly in relation to the channel depth until bankfull elevation is reached. As bankfull represents the breakpoint between in-channel and floodplain processes, width increases substantially in comparison to the mean depth (Figure 3.5).

The procedure for computing bankfull discharge varies depending on whether or not the site of interest is gaged and the length of the discharge record. In both instances of gaged and ungaged sites, bankfull elevation must be identified in the field.

The USGS presently collects discharge and water level data at over 25,000 locations within the United States. Records are also available for over 11,000 additional decommissioned sites. A number of other countries operate monitoring programs similar to the USGS (e.g., Water Survey of Canada, Environment Agency of the United Kingdom). Many times, other entities such as universities and state and local governments also collect discharge data. However, such data are generally acquired for short periods of time meaning the data record may be of insufficient length for bankfull frequency analysis. A data record of at least 10 years is recommended for bankfull frequency analysis.

Fluctuations in budgets and population densities in addition to changing monitoring needs (e.g., total maximum daily loads) means that the gage network evolves. While some monitoring stations are decommissioned, new sites are initiated or activated. Discharge data from these inactive and active gaged sites are useful in bankfull frequency analysis provided bankfull elevation can be identified, and for inactive sites, an undisturbed staff gage is present (Figure 3.6).

Figure 3.5   Channel width is fairly uniform until bankfull elevation where it increases at a much greater rate than depth. Note the flat depositional surfaces located on both banks of the channel.

If the active gage site is equipped to transmit data in real time (e.g., at 15–60 min intervals), it is likely that a staff gage is absent. To determine the stage at which bankfull elevation occurs, complete the following steps [14]:

In cases where the data are not collected and transmitted in real time, a staff gage should be present. The staff gage is used to reference both water surface and bankfull stages. For active gages with only a staff gage present, complete the following steps [14,72]:

Determining bankfull discharge at inactive gages is the same for active gages without real-time capabilities (i.e., only a staff gage is present). The only difference is that discharge rating curves are not maintained for inactive sites. In the United States, one may either contact the USGS to obtain the last developed discharge rating curve or one may develop a stage-discharge rating curve using historic streamflow data [47]. Care should be exercised in using inactive gaged sites as the characteristics of the site (e.g., percent impervious area) may have changed considerably since the data were collected. If this were the case, treat the site as an ungaged site.

With Manning’s equation, cross-sectional surveys are required to compute the bankfull channel dimensions width, cross-sectional area, and mean depth; a longitudinal survey is needed to compute bankfull slope; and a Manning’s roughness coefficient is selected. Numerous references are available for assisting in the selection of a Manning’s roughness coefficient [7,8,18,28,32,34]. A comparison of Manning’s n values and bankfull discharge estimates from ungaged sites to those from similar gaged sites is recommended for purposes of validation [23,48]. In cases where detailed river and floodplain surveys are available, bankfull discharge can be estimated using United States Army Corps of Engineers program Hydraulic Engineering Center River Analysis System (HEC-RAS).

Once bankfull discharge is known, the next step is to compute the frequency at which it occurs. Recall that the frequency with which bankfull occurs can only be computed for gaged sites. Computing the frequency of bankfull is helpful in validating whether or not bankfull elevation was correctly identified. While the frequency with which bankfull discharge occurs has been shown to vary considerably by Williams [77], the variation in a physiographic region is typically relatively small (Table 3.1). Within a physiographic region, bankfull return period values that are notably lower or higher than those found in the area require further examination. Other bankfull characteristics such as width, cross-sectional area, and mean depth should be compared to an appropriate regional curve to ensure an inner berm feature (bankfull return period too small) is not mistakenly identified as bankfull elevation or that channel incision does not mistakenly result in the identification of the top of the lowest bank as bankfull elevation (bankfull return period too large).

The Interagency Advisory Committee on Water Data (IACWD) published guidelines on the determination of flood flow frequency—Guidelines for Determining Flood Flow Frequency, Bulletin 17B of the Hydrology Subcommittee [33]. Commonly known as Bulletin 17B, this document serves as the standard for determining the frequency of bankfull discharges. The guidelines are applicable for stream gage records for at least 10 years in length, unregulated or at least not appreciably altered flows, and fairly consistent watershed conditions for the period of record studied [76]. A number of free and commercially available software programs are available for computing flood flow frequencies using the Bulletin 17B guidelines (Table 3.3).

Determine the bankfull frequency for USGS gage station 01613900 Hogue Creek near Hayfield, Virginia, United States. Discharge data were collected starting in 1961. A cross-sectional view of a riffle surveyed at the site is shown in Figure 3.7. Keaton et al. [37] contains a detailed description of the site. All elevations are in reference to the staff gage datum.

The bankfull return period is 1.5 years meaning the event occurs twice every 3 years.

Knowledge of the magnitude and frequency of bankfull discharge in rivers has important implications for river management and restoration. Changes or modifications to the flow regime of a river such as in the case of irrigation, dams/impoundments, urbanization, or even climate change can alter the frequency with which the floodplain is inundated (i.e., bankfull discharge producing events occur) meaning the geomorphic and ecological functions of the riverine system will change as well [58]. Bankfull events not only shape the channel but these and larger discharges influence riparian ecosystems through sediment, nutrient, and woody debris deposits onto the floodplains. Such deposits influence nutrient cycling in riparian soils and hence hyporheic and instream water quality [4].