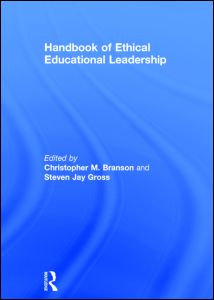 Despite the 2008 global shock caused by the unscrupulous and opportunistic practices of a few individuals and institutions within the banking and investment world, the reality is that this incident was only one of a growing number of very serious unethical activities in the political, media, and corporate spheres (Foote & Ruona, 2008; Ncube & Wasburn, 2006). During the past two decades, political, media, and corporate scandals have shaken public trust and spawned the implementation of many new regulatory policies and laws to help ensure that organizational leaders comply with the ethical standards expected by society (Clark, 2004; Kist, 2002; Wooten, 2001). There is now an emphasis being identified on the essential role of ethical judgment in leadership (Campbell, 1997; Cooper, 1998; Richmon, 2003; Starratt, 2003). Today, perhaps more so than ever before, people want their leaders to act ethically whereby they will not produce harm but, rather, will show the virtues of doing good, of honoring others, of taking positive stands, and of behaving in ways that clearly show that their own self-interests are not the driving motivation behind their leadership (Branson, 2009). People want leaders with ethical codes that are deep, innate, and instinctive so that they will not lose direction in the face of uncertainty or external pressure (Badaracco, 2006). There is now a clear expectation that leaders will always act justly and rightly and will promote good rather than harm (Evers, 1992). Today’s leaders are expected to demonstrate ethical judgment by being accountable to those they serve (Eraut, 1993). Restoring trust and maintaining ethical standards are now considered to be the required hallmarks of proper organizational leadership.

The Prevalence of Silence

The Interplay of Values