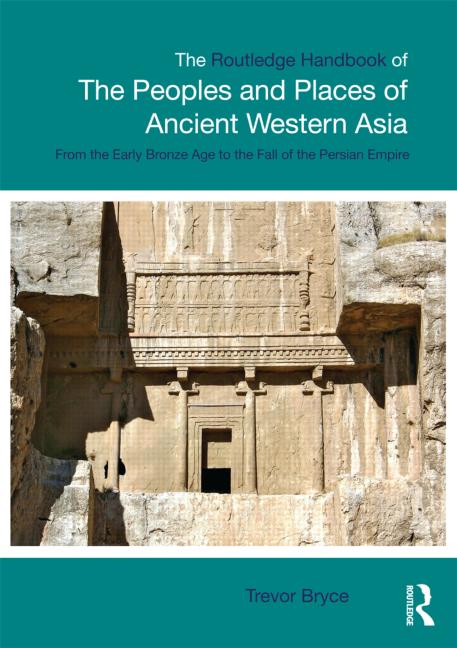 Habhu (map: Fuchs, 2000: 94) Habhu, attested in Iron Age Assyrian texts, did not refer to a specific land as such but was rather a term used for certain distant, particularly rough and inaccessible mountain regions. According to Fuchs (2000), five distinct Habhu regions can be identified, based on the accounts of military campaigns attested in the Assyrian royal inscriptions from the reign of Tiglath-pileser I (1114–1076) onwards. (Fuchs, however, notes that people and sheep from Habhu are attested in administrative documents already in C13.) The five Habhu regions will be described in turn, progressing from southeast to northwest.

The easternmost Habhu region bordered on Karalla to the north, Namri to the south, Zamua/Lullumi to the west, and (presumably) Parsua to the east. It is mentioned in the inscriptions of Adad-nirari II (*RIMA 2: 148), Ashurnasirpal II (*RIMA 2: 340), and Sargon II (Fuchs, 1998: 66–7).

A mountain area (or areas) directly east of Assyria, associated with the upper (Greater) and lower (Lesser) Zab rivers and with the lands Kirruru and Musasir. Campaigns to this Habhu region were led by Tiglath-pileser I (*RIMA 2: 19–20), Ashur-bel-kala (*RIMA 2: 89), Ashurnasirpal II (*RIMA 2: 197), and Sargon II (Mayer, 1983: 100). Sargon remarks that the peoples of the lands of Nairi and Habhu called the upper Zab river by the name ‘river Elamunia’.

A region to the north in the Assyrian–Urartian borderlands, associated with the lands Ullubu, Ukku, and Kumme/Qummeni. This area was the target of expeditions by Tiglath-pileser I (*RIMA 2: 58) and Adad-nirari II. The latter marched there during his operations in the land of Mehru and in defence of the city of Kummu (*RIMA 2: 144, 152). Shalmaneser III (*RIMA 3: 69) and Tiglath-pileser III (Tigl. III 134–5, 166–7, 182–3) also campaigned in this region, the latter claiming to have annexed Ullubu and Habhu. Finally, a letter addressed to Sargon II from the Treasurer reports that he has been informed that the city of Birate and the whole of the land of Habhu are well (*SAA I: 45–6, no. 45).

In the Kashiyari (mod. Tur ‘Abdin) mountain region. A campaign was conducted in this region by Ashur-bel-kala (1073–1056), who engaged with the Aramaeans (*RIMA 2: 102). Ashurnasirpal II received tribute from Habhu in 879 while he was stationed in the city of Zazabuha within the Kashiyari mountain range (*RIMA 2: 209, 249, 259). In a summary of his achievements, Ashurnasirpal claimed to have subdued the lands of Nairi and Habhu, the Shubaru, and the land of Nirbu (*RIMA 2: 221, 275, 323); by these exploits he helped secure the northern borders of Assyria. Perhaps it was from the inhabitants of this region that Shamash-resha-usur, governor of the land of Suhu in the middle Euphrates region in the first half of C8, brought the honey bees with which he set up an apiculture industry in his city Al-gabbari-bani (*RIMB 2: 281).

The westernmost Habhu region, also known as ‘Inner Habhu’, was associated with the lands Alzu and Nairi, the city of Tushhan on the upper Tigris, and the Euphrates bank ‘opposite Hatti’ (i.e. the eastern bank). Campaigns in this direction were undertaken by Adad-nirari II (*RIMA 2: 148–9) and Ashurnasirpal II (*RIMA 2: 210–11, 219, 251, 260).