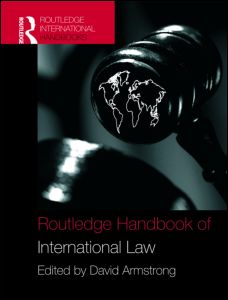 Challenges of the “New Terrorism”

An especially disquieting aspect of the “new terrorism” is the increased willingness of terrorists to kill large numbers of people and to make no distinction between military and civilian targets. Another facet is the extraordinary extent to which it has been able to globalize itself. Still another is the debate over the appropriate legal regime to apply to it. Prior to the September 11, 2001 attacks, international terrorism had been treated primarily as a criminal law matter with emphasis placed on preventing the commission of the crime through intelligence or law enforcement means, or, if prevention failed, on the apprehension, prosecution and punishment of the perpetrators. After September 11, however, the criminal justice approach was deemphasized and to a considerable extent supplanted by the use of military means. A decision to employ the military model of counter-terrorism in place of the law enforcement model, or vice versa, may have serious functional consequences. For example, under the law enforcement model, it is impermissible to pursue and kill a suspected criminal before his capture, unless it is necessary to do so as a matter of self-defense. Under the military model, it is permissible to pursue the enemy with the intent to kill. Under normally applicable criminal law, moreover, conviction may be difficult because of the requirement that the crime be proved “beyond a reasonable doubt” and other barriers posed by criminal procedure and constitutional standards. Because of the nature of the new terrorism, it has proved to be necessary to employ some modern approaches to combating terrorism. For example, it is clear that terrorists in several locations have now moved beyond conventional tactics to engage in well supplied and well-planned insurgencies. Whether one approaches counterterrorism from the military or the law enforcement model, it is clear that an ideological struggle is a key part of the counter-terrorism effort. The most important ideological struggle, however, is not likely to be that between al Qaeda and the west. Rather, it is the struggle within Islam itself. Other important methods of combating terrorism, such as the gathering of intelligence, recent resolutions of the U.N. Security Council, efforts to block the financing of terrorism, and civil lawsuits against terrorists, terrorist organizations, and states that sponsor terrorism, are also briefly explored in this essay and in some concluding observations.

We have cause to regret that a legal concept of “terrorism” was ever inflicted upon us. The term is imprecise; it is ambiguous; and above all, it serves no operative legal purpose.

The Nature of US Engagement...