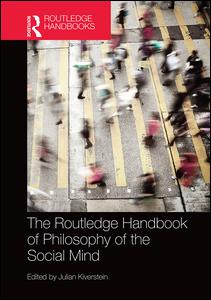 Diachronic Identity and the Moral Self

The Routledge Handbook of Philosophy of the Social Mind

Everyone undergoes many changes during the lifespan, and, in some cases, these changes may be quite dramatic. Intuitively, however, some of these changes do not threaten personal identity, while others do. We do not tend to suppose that identity is threatened by the physical aging process: wrinkles, gray hair, and the like. Significant psychological changes, brought on by aging, injury, or life events, seem to pose more of a threat. This, at least, is a thesis shared by many philosophers who have weighed in on debates about “diachronic personal identity” – the question, What kinds of continuity are required to qualify as the same person over time? For example, the most widely discussed suggestion is that diachronic identity is secured by the preservation of memory links of some kind. Others have emphasized narrative coherence and agency. Curiously, these competing proposals emphasize aspects of the mind that are not strongly associated with sociality. Admittedly, memories, life stories, and our capacity for agency all tend to involve social interactions as a matter of fact, but sociality is not constitutive of any of them. This reflects an individualistic orientation in leading approaches to diachronic identity, and we aim to offer a corrective. We believe that one of the most important aspects of diachronic identity is fundamentally related to social attitudes and social behavior: our moral values. We will defend the thesis that moral continuity (i.e., retaining the same moral values over time) is central to ordinary beliefs about what makes someone qualify as the same person as they advance through life. In fact, moral continuity is more important, according to our ordinary understanding, than memory, narrative, or agency. Each contributes to our sense of identity over time, but moral continuity contributes appreciably more. Our defense of this thesis is empirical. We present a series of studies that indicate moral continuity is regarded as extremely important for personal identity, and, indeed, more important than factors emphasized by prevailing theories. First, some preliminaries.

The (R)evolution of Primate...