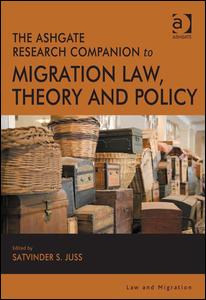 Unaccompanied Children and their Protection under International Refugee Law

The Ashgate Research Companion to Migration Law, Theory and Policy

The first recorded unaccompanied child was the Biblical Moses, who was found and taken into the care of the Pharaohs. The plight of children was only recently distinguished from that of their adult counterparts. 1 1

In large part this was due to the fact that, although society was sympathetic to the particular needs of children, there was insufficient understanding about the mental traits of children. Hence, in practice, children did not possess a voice of their own and they were substituted in all aspects of their lives by adults. Adults were viewed as ‘knowing better’ and so the law attached little, if any, legal value to the testimony or views of minors. Even in the era of human rights following the conclusion of World War II the provision of children’s rights was not only low on the agenda, but was virtually unknown. It was only with the advent of such instruments as the Convention on the Rights of the Child, which will be explored more fully below, that children’s rights were set out for the first time at the international level. Yet even though by now this convention is widely ratified, it should not be thought that States parties are keen to uphold their obligations, or indeed that they truly believe in the value of the obligations prescribed therein. It is no wonder, therefore, that States routinely violate their obligations under the convention.
Cite

Jonah and Socrates as Refug...