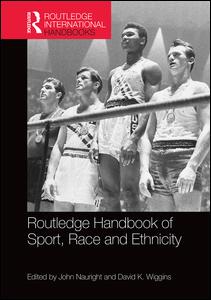 Until the early 1960s there was little interest in developing domestic sport policies in any country. For all governments, developed and developing, non-aligned and postcolonial, modern international sport presented problems (spectator violence, defection of athletes, and drug abuse, for example) and opportunities (health benefits associated with sports participation, the promotion of foreign policy goals) for achieving political objectives. 1 Sport is of strong cultural significance to most developed nations, demonstrated by the amount of media attention devoted to national team success and the support for the construction of major stadiums and other sporting infrastructure with public funds. The phenomenon of developing sport policy filtered into the fabric of nascent sport policies of emerging nations from the 1960s to the 1980s. Sport is a resource available to help deliver non-sport policy objectives, demonstrating political power, combating social exclusion, reducing childhood obesity, improving economic development, and facilitating urban regeneration. Sport is a malleable and multidimensional tool of policy in that it is not only a public service, but also an important element welfare-related provision and a facet of economic activity. Thus, it can contribute in many ways to the achievement of governments’ domestic objectives outside of sport policy as well as providing focus on instrumental aspects of sport, such as improving the performance of elite athletes and increasing participation in sport. 2 Issues of ‘race’ and ethnicity have become prominent elements of policies for the management of opportunities to participate in sport and the origins of the association between the phenomena are worth tracing briefly. As Bairner and Sugden noted:

It is a truism that all societies are divided. There are divisions between racial and ethnic groupings, between the rich and the poor, the young and the old, between men and women, adults and children, the healthy and the sick and so on. All of these, and numerous other divisions besides, impact upon the world of sport. They are reflected in the ways in which sport is played, watched and organised. Sport may also reinforce, and in some instances, exacerbate the divisions. 3

Ireland and the irish diasp...