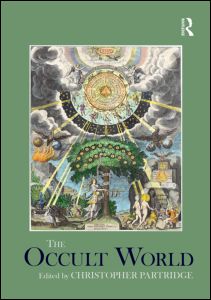 Orientalism and the Occult

The premise of ‘Orientalism’ is that there is an essential polarity between East and West. The taken-for-granted, often naïve acceptance of this opposition within particularly the arts, the media, and popular culture has not only shaped Western understandings of the ‘Other’, but has fostered an attitude of difference and the exotic. This, in turn, has often led to and is supported by the construction of caricatures and unsophisticated understandings of Oriental religions, cultures and societies. Images of meditating Buddhist monks in saffron robes filtered through a gentle mist of incense, advertisements for ‘Turkish Delight’ confectionary depicting images of tented Bedouin royalty, a majestic camel train making its way across rolling dunes, the eroticism of the East described in the writings of the British Orientalist Richard Burton (1821–90) and depicted in paintings such as John Fredrick Lewis’s The Hhareen (c. 1850), John Auguste Domonique Ingres’s Le Bain Turc (1862) and Sir Frank Dicksee’s Leila (1892), and the mysticism of gravity-defying martial artists in recent films such as House of Flying Daggers (2004), Hero (2002) and Crouching Tiger, Hidden Dragon (2000). All these narratives and images are common in the modern West and, again, all trade in stereotypes, fostering a perception of the exotic and the essential otherness of the Orient. Perhaps the starkest statement of this relationship is Rudyard Kipling’s ‘Ballad of East and West’: ‘Oh, East is East, and West is West, and never the twain shall meet, Till Earth and Sky stand presently at God’s great Judgment Seat…’ Orientalism refers to this ideological division of East and West, underlying which are constructions of the sacred and the profane; it refers to discourses shaped by the Western curiosity with the Eastern ‘Other’; and it refers to the concomitant Western hubris generated by those discourses, which are usually accompanied by misunderstanding and a sense of duty to convert, to civilize and to modernize.

The Occult and Popular Music

Psychology and the Occult