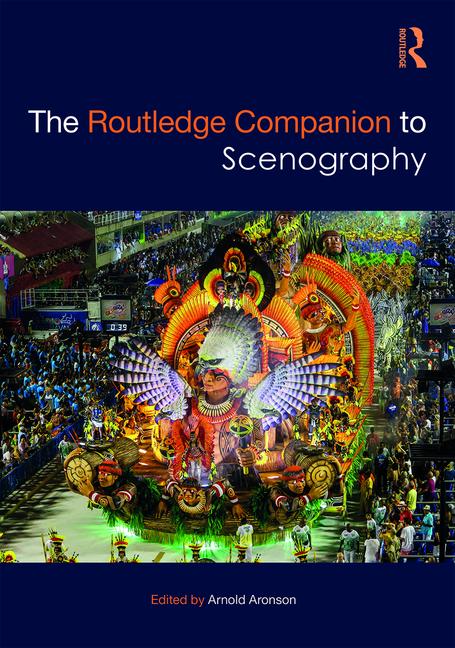 The Routledge Companion to Scenography

No aspect of theatre history is more likely to be constructed within a narrative of evolution than that of scenography. It is hard, for example, to resist describing Renaissance scenic perspective as the beginning of a coherent trajectory leading towards late nineteenth-century stage realism. It is similarly tempting to portray artists such as Wagner, Fuchs, Appia, and Craig as knights in shining armor, blazing onto the theatrical battlefield and mercilessly slaughtering existing practices with their visionary insights. Instinctively we warm to the rhetoric of Craig who taunted “this false-witnessing Realism – this traitor to the Imagination – this idolatry of ugliness” (Craig 1913: 90). Rejection of “false-witnessing Realism” and appreciation of the material reality of the stage, serve as benchmarks of theatrical modernism, but we should not oversimplify the nature of this artistic revolution. Jonathan Crary warns against creating a “conceptual division” leading to the belief that “something called realism dominated popular representational practices, while experiments occurred in a distinct … arena of modernist art making” (Crary 1992: 4). He argues for a shift in perceptual sensibilities “signaled by the passage from the geometrical optics of the seventeenth and eighteenth centuries to physiological optics, which dominated both scientific and philosophical discussion of vision in the nineteenth century” (ibid.: 16). We might characterize this as a shift from a theatre where actors played before the perspectival formality of a painted scene witnessed by an objective audience, to a theatre that unified actors within a scenic environment, and which sought subjective involvement and absorption within a darkened audience. Modernization of vision progressed throughout the nineteenth century as more was discovered about the subjectivity of perception. It is perhaps useful, therefore, to think of stage realism and modernist theatre as complementary components functioning within the shared social context. Amy Holzapfel’s important and decisive re-evaluation of the scenographies of Ibsen, Strindberg, and even Zola and Hauptmann, has shown that, when viewed within the context of contemporary science, their scenic realism was “nuanced, metatheatrical, and self-conscious” (Holzapfel 2014: 7). She rightly cautions that, when viewed within contemporary conceptions of vision, “the realist stage ceases to be a fixed stylistic category” (ibid.: 20). Similarly, arguments about empathy and abstraction that concerned modernist artists early in the twentieth century may be traced back to the early nineteenth century when absorption and involvement began to condition scenographic thinking. It is an oversimplification, therefore, to present the arguments of modernist theatre artists as a straightforward consignment of realism to the past. But, of course, these cautions cannot undermine the crucial importance of attitudes and acts of renaissance proposed by Wagner, Fuchs, Appia, and Craig: ideas that are made more potent by their longevity and enduring energy.

Scenography in Greece and R...

Expressionism and the Epic ...