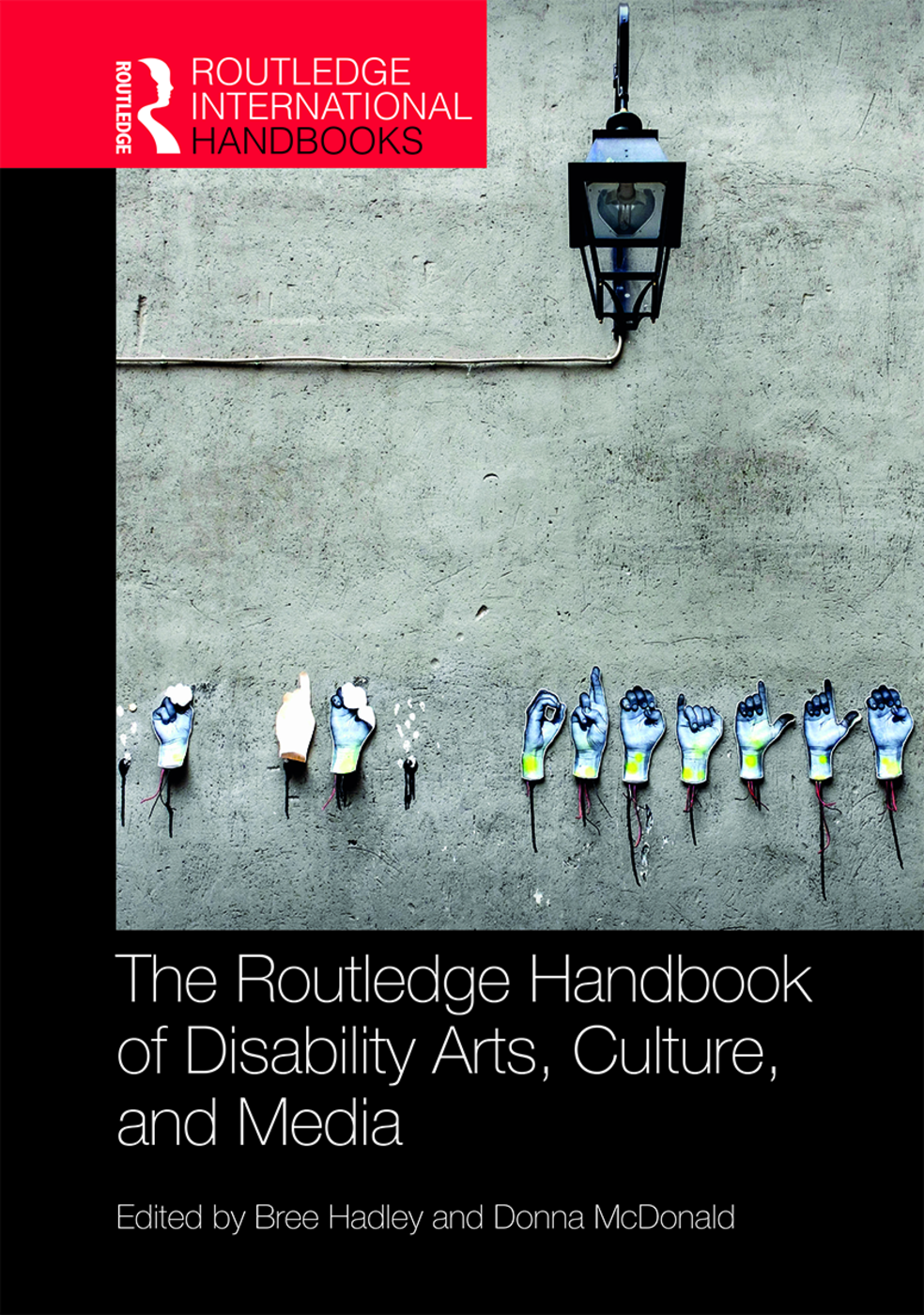 The Routledge Handbook of Disability Arts, Culture, and Media

It would appear that theatre involving people with intellectual disabilities is a theatre whose time has come. From origins in institutions and therapeutic environments in a number of countries over the last 50 years, theatrical performance by people with intellectual disabilities has started to take centre stage. In 2017, Back to Back Theatre, founded in Geelong, Australia, in 1987, performed Lady Eats Apple at the Theater der Welt in Hamburg, the Wiener Festwochen in Vienna, and the Holland Festival in Amsterdam, and the company released its first feature film Oddlands. In 2017, Theater HORA, founded in Zurich in 1993, performed Disabled Theater, their collaboration with Jérôme Bel, at the Festival d’Automne in Paris, having been touring with the production since 2012, during which time actress Julia Häusermann won the Alfred Kerr Acting Prize at the 2013 Theatertreffen Festival in Berlin and a Bessie Award for Outstanding Performer in New York. In 2016, HORA was awarded the Schweizer Grand Prix/Hans-Reinhart-Ring, the most important Swiss theatre prize. In January 2017, “Crossing the Line,” a showcase festival, took place in Roubaix, northern France, bringing together three European theatre companies employing people with intellectual disabilities: Mind the Gap from Bradford, UK (founded in 1988), Compagnie de l’Oiseau Mouche from Roubaix (founded in 1978), and Moomsteatern from Malmö in Sweden (founded in 1987). This was part of a two-year small-scale cooperation project funded by a 200,000-euro grant from the European Union to allow the three companies to collaborate and produce three separate productions (Mind the Gap n.d.).

Economies of scales (and ch...